Sealed bids, subject to the conditions contained herein, for improvements to the Rapid City Regional

Airport, Rapid City, South Dakota, will be received by the Rapid City Regional Airport Board of Directors at

Project work consists of but is not limited to the following: 60 feet by 75-foot pre-engineered metal building

bid. Such check shall be certified or issued by either a State or National Bank and payable to the Rapid

City Regional Airport, Rapid City, South Dakota, or in lieu thereof, a bid bond for ten percent (10%) of the

amount bid, and such bond to be issued by a surety authorized to do business in this state and payable to

the Rapid City Regional Airport, Rapid City, South Dakota, as a guarantee of the Bidder entering into a

contract for the construction of the work and furnishing of a 100 percent performance bond. After this has

been accomplished, the Bidder’s check or bid bond will be returned, and the checks or bonds of all

unsuccessful bidders will be returned upon thirty (30) days after the bids have been opened.

Any questions regarding bids are to be directed to: 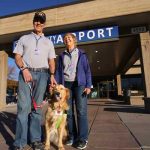 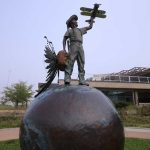 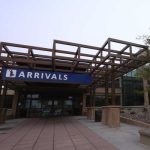 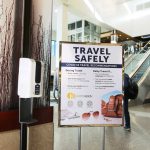